From Ireland to Borneo: Ronan Keating Champions Marine Conservation Cause

Be A Marine Biologist For A Day On Your Next Holiday

It's possible. Caress some of the less sensitive marine organisms like the starfish and sea cucumber in a "touch" tank. Peek into live tanks and read about how seahorses, corals, fish - and more - co-exist and sustain the marine eco-system. Then, if you like, sign on to be a marine biologist for a day. If you do, be prepared to set aside one full day for this. You will get a behind-the-scenes peek at the painstaking work and research that goes into producing giant clams and restoring the coral reef. 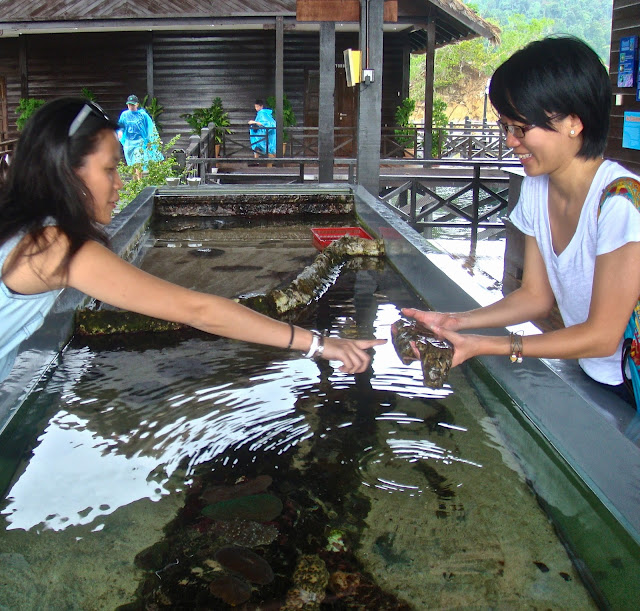 As time was short, I did not get to be a marine biologist, although I did touch and see quite a bit at the Marine Ecology Research Centre (MERC) on Gaya island on the Borneo coast, on my trip to Sabah in east Malaysia.

MERC (pronounced "merk") is keen to spread the word about marine destruction. Mindless dumping of rubbish and indiscriminate fish bombing that releases poisonous chemicals such as cynanide are draining the life out of the Borneo sea. So are toxic waste from sewage outflows and global warming that cause corals to bleach and die.

If you are planning a visit to Kota Kinabalu, the capital of Sabah, a must-do on your bucket list is to drop by MERC. Located at Gayana Eco Resort, it is a 10-minute hop away from Jesselton Point Ferry Terminal in the heart of Kota Kinabalu. Gaya Island is the largest of five idyllic islands that make up the protected Tunku Abdul Rahman Marine Park off Kota Kinabalu.

MERC conducts research and runs an education programme on marine life rehabilitation. It is open to all visitors to Sabah and guided tours are conducted as its passionate staff walk you through the exhibits that showcase Sabah’s rich biodiversity.

Never mind if you are not eco-conscious, MERC is a great spot for family bonding and experiential science lesson for both kids and adults. Resort guests can also do a spot of fish feeding at its organic fish farm on site.
For a spot of fun while learning about marine ecology, you or the kids can choose your own coral fragments to adopt. Donate a small sum to the programme, and you get periodic updates on your coral’s growth progress. Funds raised are ploughed back into MERC’s upkeep.


At least according to media reports, that is what he wants you to think. So keen is MERC to spread the conservation message it invited former BoyZone lead singer Ronan Keating to take the awareness level up a notch. Malaysian media outlets reported the Irish songwriter-singer's pledge to bring the message back to Ireland, England and Europe after performing at a marine awareness event organised by MERC.

"Sting has the rainforest, maybe I have the giant clams," Ronan was reported to have said at the event in 2012.


Walking his talk, Ronan planted a coral fragment. So, too, did Martha Stewart.


We cannot help but do the Ronald and Martha too! So there we were, a small media group from Singapore. Feeling like kids, we were having fun, choosing and "planting" our own coral fragments. These would eventually be planted on the seabed by MERC divers. Getting a certificate of the coral planting with your photo and name as a memento is icing on the cake, if you like that sort of thing.


I learnt that MERC has transferred about 500 three-yar-old baby clams to the ocean nursery and 1,000 pieces year-old fully grown coral fragments back onto the depleted coral reef. MERC has hosted groups from Hong Kong schools, Harvard and Singapore American School. University Malaysia of Sabah students have interned at the centre while the village schools nearby make regular trips to learn about keeping the sea (and land) litter-free.

Giant clams and corals are important to the marine ecosystem and a highly vulnerable species. They have been over-harvested in Malaysia and are in danger of extinction.

According to resorts owner Gillian Tan, "Clams are the liver of the ocean. They clean the water and act like filters for the ocean." When her parents bought over Gayana Eco Resort and built Bunga Raya Island Resort & Spa on the island, "the water was so dirty and depleted that it needed a filter."

For the Tans, eco-tourism is not simply a buzzword. It is a huge responsibility. The family has put their own money into MERC, a fact they have kept rather well to themselves and MERC staff.

Gillian claims that five years ago the water around the Gayana Eco Resort was devoid of life. During my stay at the resort, it was a different scenery. I snorkelled in the aqua marine blue waters among fish swimming everywhere and spotted a hermit crab and coral colonies.

Despite MERC's conservation and education efforts, not all guests of the resorts have taken heed of its green message. I was told of an incident involving resort guests from China who went diving and they took a giant clam back to their villa, which they proceeded to "sashimi" for their dinner!

Reminiscing, Gillian said "we knew this because we found the shell in the villa. Another time, a male guest dining at our restaurant had too much to drink. Instead of going to the toilet, he pulled his pants down and relieved himself right there onto the water!"

Not at all the "spoilt rich kid" I expected, the 29-year-old has been running her family-owned luxury resorts since the young age of 24. Meeting her for the first time, I like her down-to-earth demeanor. Simply dressed in T-shirt and jeans and with hardly any trace of makeup on her face, the petite Australia-born's passion for giving back "what you take" to the environment is infectious.

MERC is only one item on your bucket list of must-do's. Being a coastal town, Kota Kinabalu offers the best of a city and beach holiday. There are hotels on the city waterfront including the Le Meridien which is also owned by the Tan family.

You can also choose a resort stay on any of five tropical islands dotting the tranquil Borneo coastline. Other than Gaya island where MERC is, there are Manukan, Mamutik, Sapi and Sulug islands that make up the protected Tunku Abdul Rahman Marine Park. If you are willing to splurge, Gayana and Bunga Raya resorts will set you back by about S$500 per night and about S$300 per night respectively.

Having stayed at both resorts, I am absolutely convinced it is worth spending that kind of money. While I was lucky enough to have my trip sponsored by SilkAir and the resorts, I can see myself paying for a repeat visit in future.


Our trip was hosted by Gayana Eco Resort - and its sister property, Bunga Raya Island Resort & Spa. Both resorts are only 10-minute boat ride apart on Gaya Island.

Getting to Kota Kinabalu

Despite a delay at Changi Airport (due to heavy air traffic) on the day we were to leave for Kota Kinabalu, it was a fuss-free and silky smooth 2.5-hour SilkAir flight to KK and back. I like that SilkAir offers 10 flights a week between Singapore and Kota Kinabalu. Direct flights depart daily from Singapore at 8.50am and at 4.40pm on Monday, Wednesday and Saturday. Return daily flights are at 12.10pm, and 7.40pm on Monday, Wednesday and Saturday.
If you don't want to book directly online, most travel agents offer a 3D2N Kota Kinabalu free & easy or packaged tour.

Traveller's Tips
If 4-5 days are all you can spare on your first trip to Sabah, pack light and head over to Kota Kinabalu. It's only a 2.5-hour direct flight from Singapore to the capital. All you need are a change of shorts or bermudas and T-shirts, a sundress and your swim trunks or costume, sunblock and sunnies.

Bring insect repellent if you plan on some light jungle trekking. (I will  share my experience trekking in the rainforest on Bunga Raya resort in my next blog). Do your homework online to narrow down your choices on what to do and see or where to go in Sabah. Start with the Sabah Tourism Board official website.

For Gayana or Bunga Raya resorts, go direct to their websites: www.gayana-eco-resort.com or bungarayaresort.com. 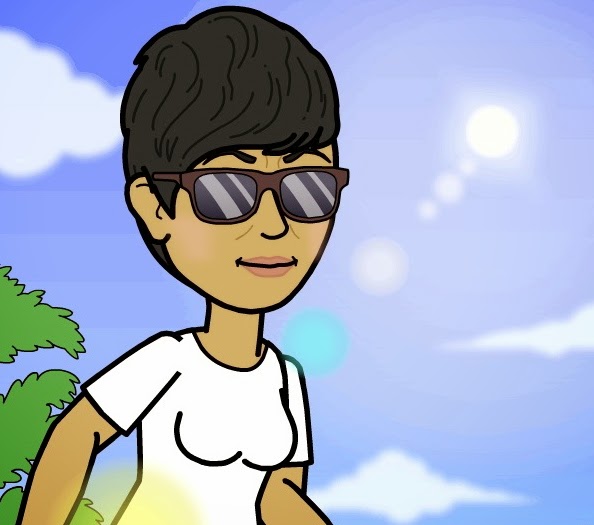 Welcome and Thank You for Reading

After 30 years of PR practice which has taken me to the US, Europe, Bhutan, China, Japan, India, the Middle East, Indochina and Southeast Asia, I set up my own communications consultancy (communikait.) in 2012.

As a PR consultant, I work with journalists and bloggers to help start-ups, social enterprises, NGOs and individuals reach out and manage their communications.

As a writer, I write about travel, lifestyle and business. Occasionally I accept sponsored trips to write a product/service review.